Prior to having a dedicated task force, animal cruelty cases would be placed under the domestic offender crimes section because of the violence link, Staff Sgt. Anna Sinclair told the media.

She said there’s been a lot of research into the link between animal abuse, intimate partner violence, sexual violence, children offences and elder abuse.

“Once we start investigating the animal cruelty file that will lead to other violent crimes, particularly partner violence,” Sinclair said.

The new unit will be comprised of two EPS constables and a number of animal cruelty liaisons with the city. Those primary investigators will include Const. Ilka Cunningham and Const. Ted Dyck.

The investigation unit isn’t a new concept but it is new to Canada; both the United States and Europe already have a similar task force in place.

For about four years, Cunningham said they have been fighting for the animal cruelty dedicated force after attending their first animal file in 2017.

“I had never heard of the violence link before,” she said. “Now thinking about it, somebody that’s cruel to an animal, why would that person shy away from hurting a child or spouse in the end? It makes perfect sense.”

“It’s rarely ever just animal abuse, it always affected humans in a way as well.” 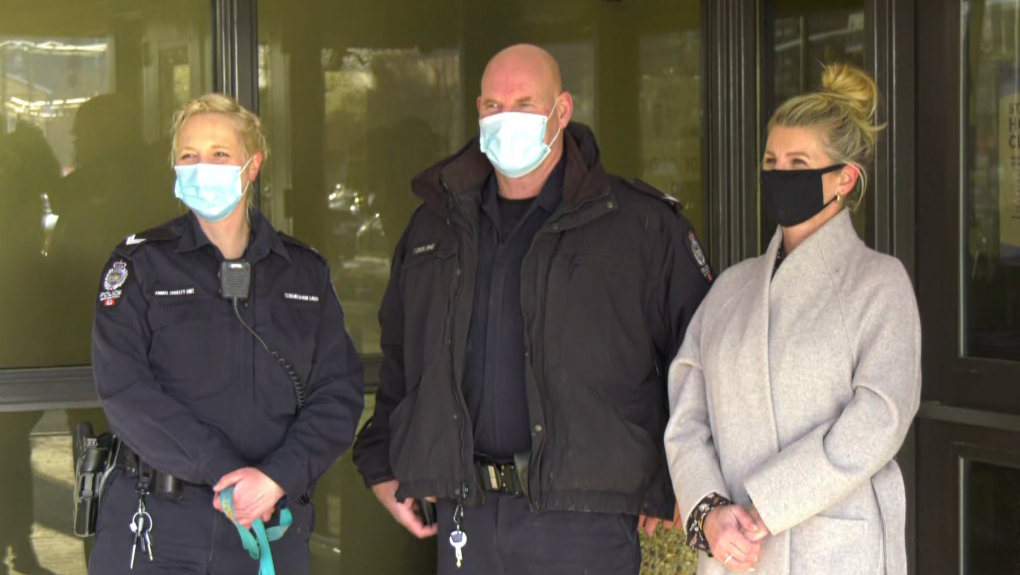 According to Cunningham, over time she has realized just how “different” these types of investigations are.

“The animal not being able to give us a statement makes it very unique,” she explained. “So we have to work with a lot of experts so we can have a successful prosecution.”

“A lot of the files we work are very sinister and heinous stuff people do to animals,” Dyck added.

The cases involve a lot of moving parts, Dyck even called them “complex and tedious,” as similar to humans they do necropsies for animals to support the charges in court, if there are any.

“Edmontonians, I think, would be quite shocked at the files we’re catching and the files we’re investigating,” Dyck said. “Everything from emotional abuse, physical abuse, mental abuse and of course bestiality files.”

Dyck told the media there have been fines as high as $15,000 for animal cruelty cases and for some, up to 15 days in jail.

“The courts are looking at this very seriously,” he said.

Since the city is working alongside EPS with animal care and control, if someone reports animal abuse through 311, the call will also be directed to the unit, but Dyck recommended reporting it through 911 as well.

“Let’s say you see your neighbour or somebody intentionally hurting a dog, if it’s an intentional physical harm it would fall onto us,” Cunningham added.

Job opportunity: Outsides Sales for This and That Canine Company Inc.